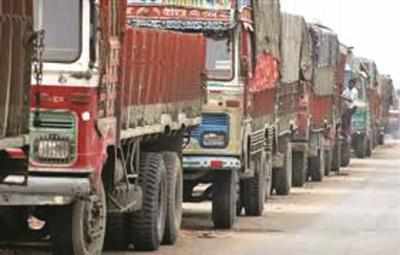 New Delhi: In one of the clearest signs yet that an economic turnaround could indeed be under way, sales of medium and heavy commercial vehicles grew for the first time in 29 months in August after having contracted sharply in the past few months.

Passenger vehicle sales have already recovered in the past few months but commercial vehicle sales numbers are more closely tied to economic growth, which has shown signs of revival after two years in which it slumped to decadal lows of below 5%.

The April-June quarter saw GDP growth rise to 5.7%, the fastest in more than two years.

He added that the automotive industry was in revival mode although the trend is still slow. Things are looking up for India’s vehicle makers, said Abdul Majeed, partner, automotive practices, at PwC.

“The Indian economy is slowly getting back on the track, the overall sentiments are very positive,” he said. “New investments in the economy are flowing through. The government is also working on plans to control inflation and fiscal deficit. This should definitely help the auto industry to grow to its potential.”

Overall passenger vehicles grew 4.46% in April-August from the year before. Within this, passenger cars and utility vehicles grew 5.24% and 9.46%, respectively, while vans fell 13.89%.


Stay on top of business news with The Economic Times App. Download it Now!