The only time when actors Ashok Kumar & Shammi Kapoor came together was for Pan Parag's ad in 1982. Interestingly, this commercial is known for subtly conveying an anti-dowry message.

The only time when Bollywood actors Ashok Kumar and Shammi Kapoor came together was for Pan Parag's advertisement back in 1982. Interestingly, this commercial is known for subtly conveying an anti-dowry message.

We asked young adsters - Vikram Joshi Group business director, Jack in the Box Worldwide and Meghna Shah Assistant manager (Social Media), Interactive Avenues - to take a shot at deconstructing this ad, and tell us how these ideas could be executed in today's digital and activation driven world.

When did you first see this ad?

Vikram Joshi: Sometime in the mid-80s/late 80s. It was ubiquitous on Doordarshan - the only channel we had then. I seem to remember Pan Parag sponsoring Chitrahaar or Chaayageet (two very high TRP shows in those days) which is why they played this ad often.

Meghna Shah: I remember seeing this ad when I was little. My parents didn't allow us to watch cable much and Doordarshan was pretty much the only source of entertainment. Now that I look at it, Shammi Kapoor's expressions are priceless I think. Maybe these kind of ads worked brilliantly then.

What do you think would've been the client's brief?

Vikram Joshi: Be relevant to the 'Indian' audience for an 'Indian' product. In the 80's, culturally, dowry was both openly discussed as well as condemned in equal measure.

Pan Parag would have wanted to use a "current" social issue/occasion to discuss how it could be used as a tension reliever/ice breaker - and the agency very neatly used the pre-wedding stressful discussion about dowry to integrate the product in this way while subtly taking a stand against the giving and taking of money/gold as dowry.

Meghna Shah: The client's brief may have been to show Pan Parag as a perfect beginner for celebrations in a family. The additional 'say no to dowry' angle worked as a bonus I guess. I'm not sure if they paid attention to TG demographics, psychographics, etc in those times, but if they did, Shammi Kapoor fits perfectly into the "man of the house who eats Pan Parag" target audience.

Do you think this ad will be relevant in the current scenario? Why or why not?

Vikram Joshi: I don't think so - though I see it on TV screen again today - but for some reason with dubbed voices - as if the generation of today have forgotten the iconic voices of Ashok Kumar and Shammi Kapoor.

The issue of dowry is not as burning today as it was in the 80s (pun unintended) - even the television shows of today aren't focused on the subject - instead it's all about conspicuous consumption in society today - with both men and women being seen as relatively equal in terms of what they bring to a marriage.

Meghna Shah: Honestly, I initially thought this may not fit in today's scenario but I've seen people come up with worse! Not to sound too dissenting, but big fat weddings, dowry and surrogate advertising - all still exist in India. So why not?

If you were to extend the campaign via digital, activation or any other media you deem relevant, how would you go about doing it?

Vikram Joshi: I would extend it on the lines of "Par hum aapse ek baat toh kehna bhool hi gaye" - and use that as a cue to bring out the message of Pan Parag. That line is a good bridge for making a stress-filled moment to a lighter, tension reliving one.

Meghna Shah: I'd go with the stalwarts. Nothing better than reminding everyone of their childhood with an advertisement that stars Shammi Kapoor and Ashok Kumar in all their glory!

A series of user generated videos fans doing their best Shammi Kapoor impressions is bound to be entertaining! To think of it, a vending machine that churns out Pan Parag with the 'pan parag pan masala' playing in the background would be hilarious! 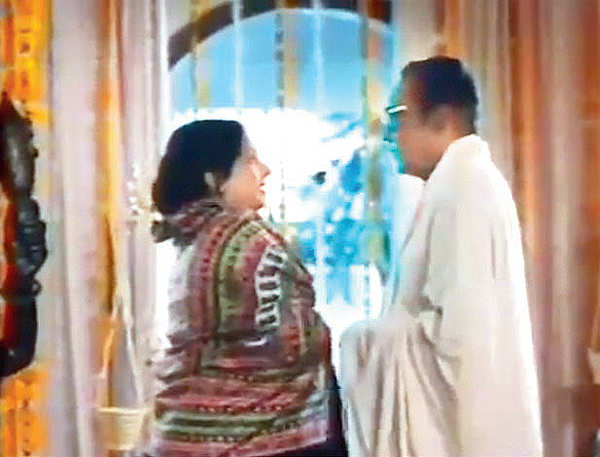 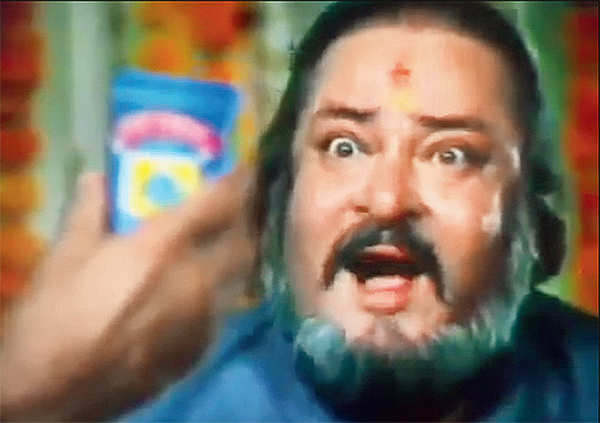