Here are some of the dishes that stayed in our memory, including those by chefs you may not know yet.

By
Anoothi Vishal
, ET Bureau|
Updated: Dec 25, 2016, 08.23 AM IST
0Comments
A test that chefs often employ to judge whether a diner really liked their food or was faking it is to ask that person to recall the best dishes from the meal. It’s surprising how many flunk the test. It has less to do with short attention spans than with the fact that the only dishes that stay in our memory are those we truly enjoyed. In a year cluttered with mediocrity, some exceptional ones have stayed with me right till the end. Some of these were created by exceptional chefs you may not have heard of.

It is also telling that none of the dishes are complicated “messes” or involve dust, smoke, charcoal or gravity-defying plating. Instead, all focus unambiguously on clean flavours and a freshness of ingredients. In the world of food, less is always more; clear thinking and clutter-free plates win hands down. 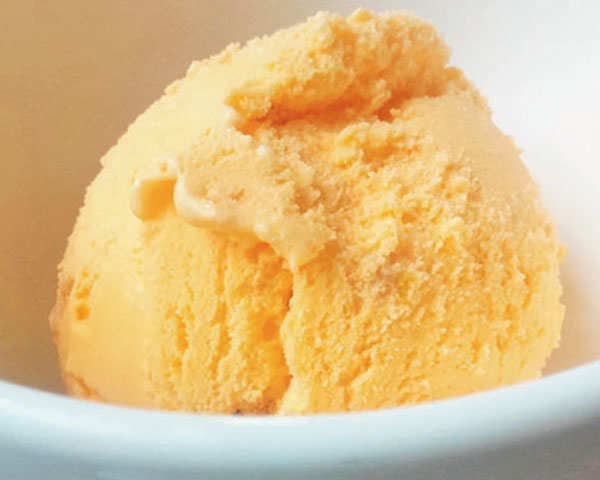 Even hotel hierarchies fail to dim the light of truly talented chefs. Madhav is one of those young executive chefs you may not have heard of, but whose work speaks volumes about their passion and skill. Regular hotel buffets are usually the dumping grounds for ingredients not moving fast enough.

But not under Madhav. He insists on using fresh, local catch straight from the Mumbai docks; the meat for all his restaurants is procured from Jaipur and butchered inhouse, and he will excitedly show you fresh kokum from “my village” in Sawantwadi. Here is a chef who respects his ingredients. Eat a scoop of his vanilla-andorange peel ice cream and you know that immediately. The ice cream came about because the chef did not want to waste leftover peels of Nagpur oranges juiced for breakfast. First-class flavour — and sensibilities. 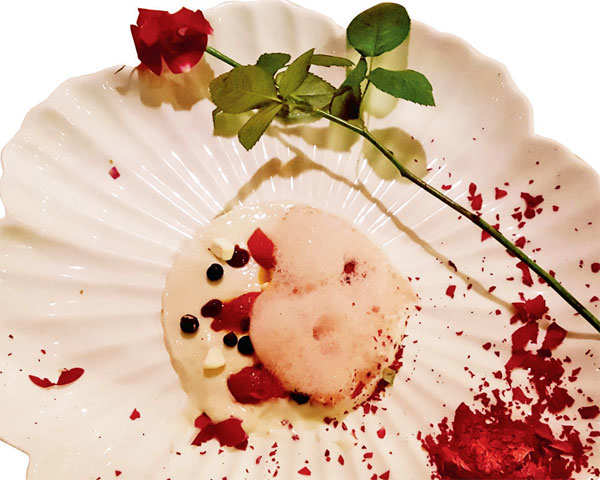 2016’s most Instagrammable dish has to be the dramatic cryogenated rose dessert by Roy. Poached in lavender and honey, the rose needs to be struck hard against the plate, scattering its petals before you can scoop them up with accompanying milk foam. In terms of sheer flavour, however, the goat brain mousse steals the show. It is cooked with Thaistyle herbs and served in a flourless shell inspired by egg tarts. A dish to die for. 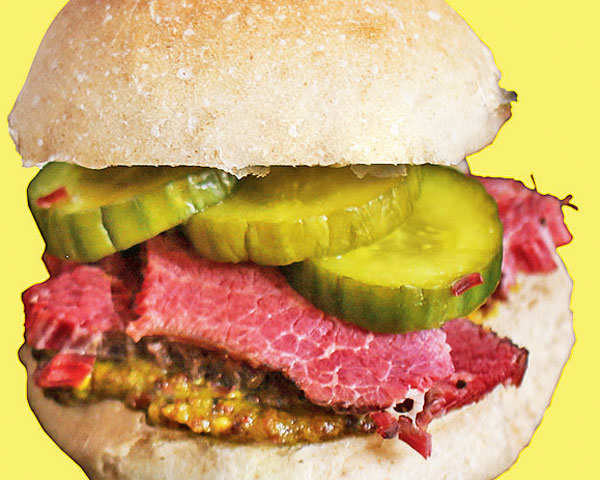 One of the most stylish bars this year with irreproachable, cosmopolitan cooking, T&T has a menu that makes it hard to pick favourites. We can’t decide from among the tuna poke bowl, home-made Andouille sausages, smoked bandel cheese and soft boiled eggs piled on to the sourdough toast or the rye pao with pastrami. 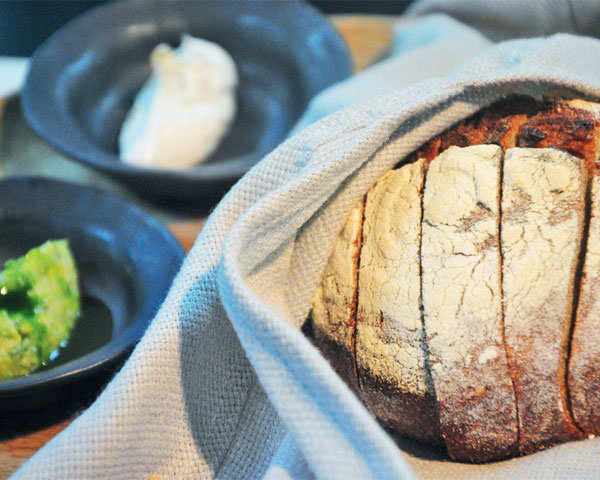 Restaurants should be judged by the quality of their bread and butter. At the experimental and bold, tasting menus-only Masque, the importance accorded to the two is telling. This excellent rustic-style bread is a course in itself, accompanied by flavoured butters. Like the complimentary sweet potato chips on the table, both are addictive.

It is a truth universally acknowledged that the best Parsi food is served only in wedding banquets. Mumbai-based caterer Kaizad Patel, whose grandfather was responsible for some of the most lavish ones in Maximum City, now travels across the country cooking up not just traditional feasts but also dishes as demanded by paneer-and-olive oil-loving clientele. Yet, if you get a chance, sample some of his old family recipes.

The saas ni machchi, in an egg and rice flour-based sauce, is one of those that the dhansak-touting populace doesn’t know. Also, the mutton pulao — not berry. We tried both at a festival by Patel at the MBD Radisson in Noida and were bowled over. The trick is in the freshness of homemade masalas from Gujarat. 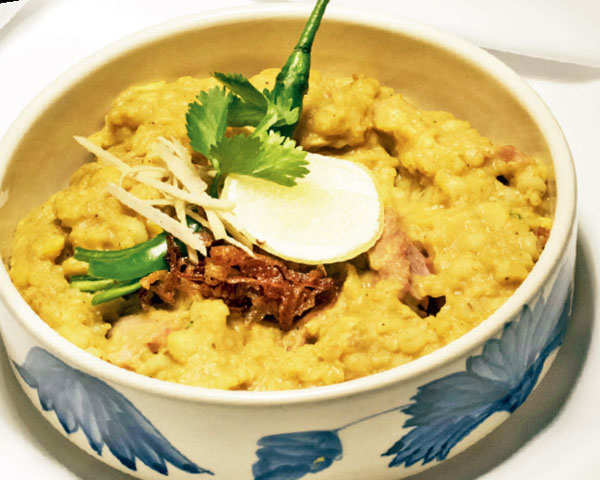 Many cuisines of the Indo-Gangetic plain are based on the composite Indo-Islamic culture of Hindustan that we now seem to be forgetting. Benaras’s is just one of them. Sangeeta Khanna and Rana Safvi brought this food to restaurant tables at a food promo at ITC Maurya this winter.

What won the day were the almost-forgotten home-style dishes: a simple nimona (a watery curry with mashed peas and sometimes other veggies) and the UP-style khichda, a cousin of the haleem, made with seven grains and meat. Traditional cooking at its wholesome best.

Singh is one of Delhi’s most elusive restaurateurs but when he gets behind the bar, his concoctions certainly talk. The coffee shrub may have been entirely unknown in India but for Perch. What Singh came up with this year is coffee infused overnight with a balsamic vinegar reduction and maple syrup. Drink it with ice and tonic water, the way it was offered to us during its trials, one rainy evening when we were in a no-alcohol, clean-your-system mode. 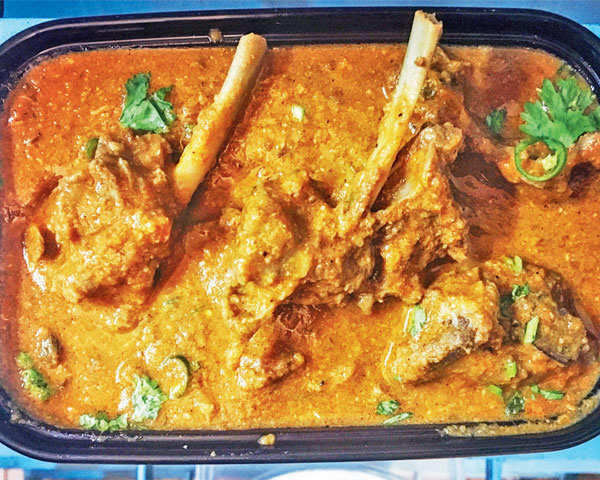 A true blue home-style mutton curry which does not aspire to be a qorma is surprisingly hard to find in restaurants. At Goila Butter Chicken, one of the smartest startups of this year, you get exactly that. Forget the smoked butter chicken that defines this take-away, pick up the curry, which Goila swears comes from his mother’s recipe. Pair it with pliant, nonstretchy garlic roomali. What’s not to like?

Those foolish enough to venture into Masala Library sans a reservation are likely to come back disappointed. One Tuesday evening, we risked exactly that, found ourselves seated at the bar, eventually bagging a table, and came back far from unhappy. Udinia is at his best with this restrained dish — juicy chaap, braised slowly, glazed with kokum and maple; the piquancy cutting through the fat. 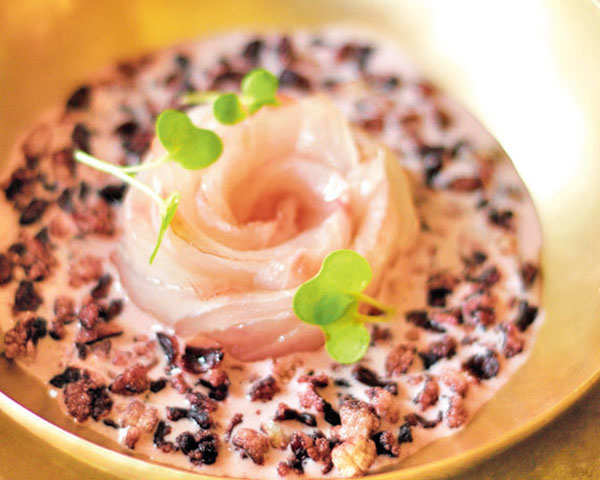