The world- renowned physicist wrote the letters to his friend and a Swiss-Italian engineer Michele Besso.

PTI|
Last Updated: Aug 26, 2017, 08.41 AM IST|Original: Aug 26, 2017, 08.25 AM IST
0Comments
LOS ANGELES: Three letters penned by world- renowned physicist Albert Einstein, including one warning of German dictator Adolf Hitler prior to World War II, are up for auction in the US.

The letters were written by Einstein to his friend Michele Besso, a Swiss-Italian engineer who was credited along with Einstein on the original version of his theory of special relativity.

The letters are on auction at Nate D Sanders Auctions in Los Angeles in the US. 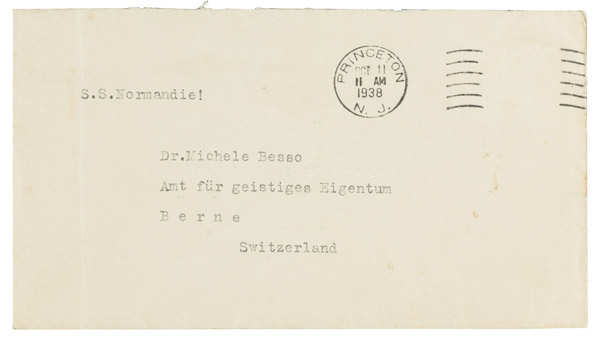 The letters were written by Einstein to his friend Michele Besso (Image: www.natedsanders.com)

The first letter was written in October 1938, less than a year before Adolf Hitler invaded Poland and started World War II. It was postmarked in Princeton, New Jersey.

Einstein began the letter by expressing frustration that he could not issue more affidavits to allow more Jewish people to come into the US.

He then went on to express his scepticism about English Prime Minister Neville Chamberlain's inclination to look the other way if Hitler annexed Czechoslovakia. 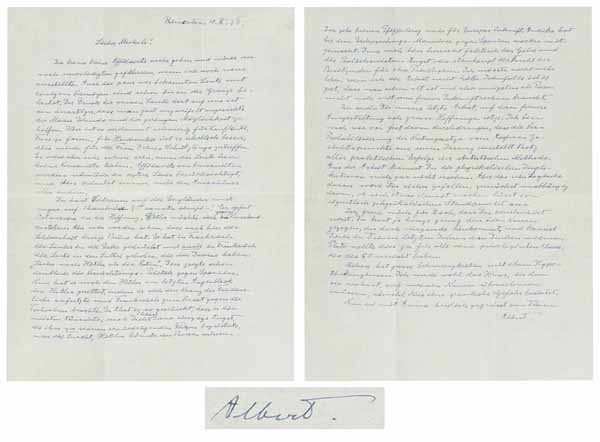 The letter has a starting bid of $25,000 (Image: www.natedsanders.com)

"You have confidence in the British and even Chamberlain? O sancta simpl...! Hoping that Hitler might let off steam by attacking Russia, he sacrifices Eastern Europe," Einstein wrote in the letter.

"But we will come to see once more that shrewdness does not win in the long term. In France, he pushed the Left into a corner and, in France as well, helped give power to those people whose motto is, 'Better Hitler than the Reds'," he wrote. In addition to the letter mentioning Hitler, the auction will include a letter from Einstein discussing his divorce from his first wife, Mileva Maric, and his financial prospects as a result of winning the Nobel Prize in physics. 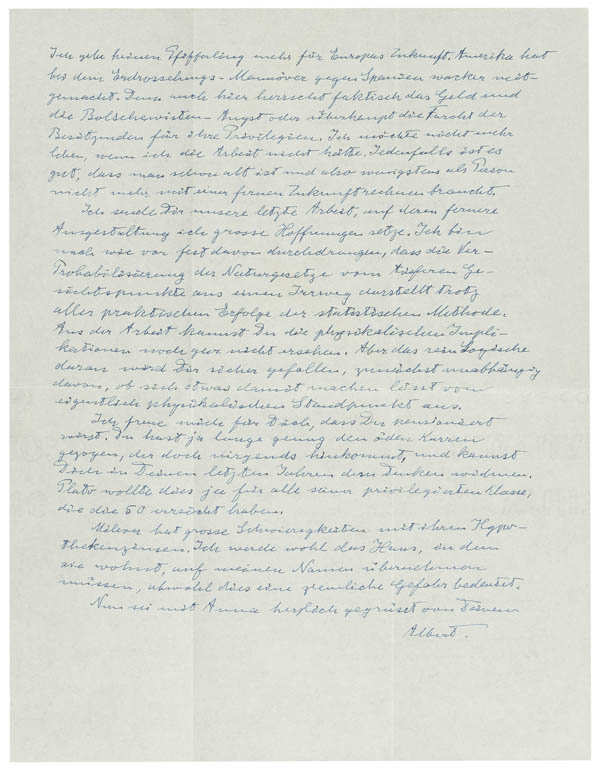 The first letter was written in October 1938 (Image: www.natedsanders.com)

Albert Einstein's letter to colleague may fetch $5,000 at auction