This year’s four-day event saw sports events like kabbadi, wrestling, volleyball, and other local games in which hundreds of participants matched their skills.

ET Bureau|
Updated: Mar 01, 2018, 01.11 PM IST
0Comments
Industrialist and philanthropist Kamal Morarka, better known as one of India’s top socialist leaders who was an MP and a minister in the Chandra Shekhar government, has been doing extraordinary work in his native Nawalgarh in Rajasthan.

His efforts in the area of education, health care, organic farming and women empowerment has brought about a change in the social fabric of the Shekhawati region. Even culture and entertainment has not escaped his attention — take for instance, the annual Shekhawati Festival.

For the past two decades, come February, and all roads in Rajasthan lead to the Shekhawati Festival in Nawalgarh. This year was the 23rd celebration of the MR Morarka Foundation’s annual festivity and visitors from all over the country came to be a part of the festival, which is an integral part of Rajasthan’s annual calendar.

Morarka, who supports the four-day event through his foundation, makes it a point to be present throughout the festivities, along with his wife Bharti.

This year’s festival saw the days filled with sports events like kabbadi and wrestling for the boys, wrestling and volleyball for the girls, and other local games in which hundreds of participants matched their skills. A Shekhawati talent hunt for stand-up comics and poets, a cultural performance by schoolgirls, women’s self-defence demonstrations, a yoga programme, and camel and horse dance show regaled the crowds. The highlight, however, was the finals of the Mr Shekhawati contest. 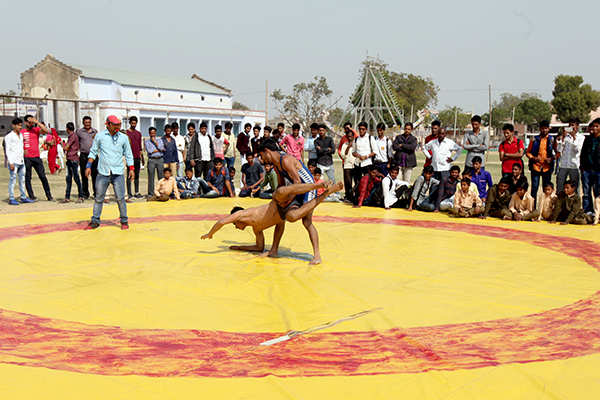 Visitors were introduced to ancient handicrafts and arts of the region through an exhibition, followed by a tour of the organic farms and organic food court at Surya Mandal. A heritage walk from the Patodia Haveli to Morarka Museum gave insights into history. The prize-giving ceremony at the end was followed by a display of fireworks and a kavi sammelan. 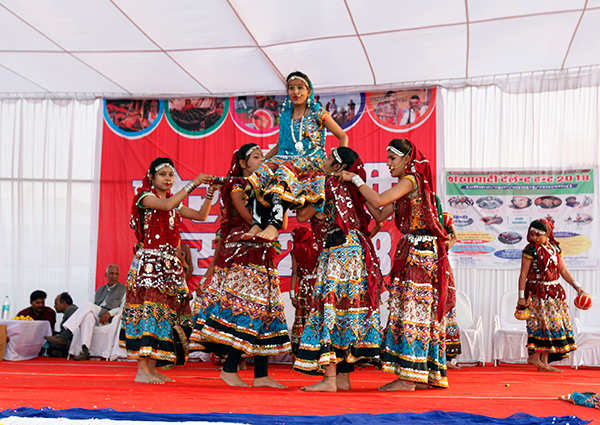 Apart from all this, there were essay and painting contests and a general knowledge competition.

In order to make the festival a success, the foundation works closely with the Rajasthan State Tourism, the art and culture department and the district authorities of Sikar, Churu and Jhunjhunu.

“This is just another small effort that we make every year to bring into focus the great Shekhawati story and make it part of the nation’s mainstream heritage,” said Morarka. “If we all start working for the smallest village and for the weakest group of people, we will be able to transform India into an amazing new nation where everybody will have a future. The Morarka Foundation is committed to bring in better education, schools for girls, new farming techniques, organic options for those living off the land, healthcare initiatives, waste management, biotechnology, women’s self-help groups, solar power, heritage conservation, e-libraries and environmental preservation — and a new way of life that encompasses the best of our traditions and the emerging IT-enabled technologies of the future to make the lives and living conditions of our rural people far better and easier.”.
Read more on
Shekhawati Fest
Kamal Morarka
Comments
Add Your Comments
Commenting feature is disabled in your country/region.