Lagerfeld recently claimed that the actress wanted to be paid to wear one of his Chanel dresses to the Academy Awards.

PTI|
Feb 26, 2017, 01.59 PM IST
0Comments
LOS ANGELES: Meryl Streep has slammed Karl Lagerfeld after the celebrity fashion designer claimed that the actress wanted to be paid to wear one of his Chanel dresses to the 2017 Academy Awards, where she is nominated for her 20th Oscar.

In an interview to Women's Wear Daily, Lagerfeld, who is the head designer and creative director of Chanel, had said that he had been working on a design for Streep and according to him she decided to pull out of the agreement over money.

The 67-year-old actress lashed out at the designer, saying he had lied and that now she is not going to take the matter lightly, reported People magazine.

"In reference to Mr Lagerfeld's 'statement,' there is no 'controversy': Karl Lagerfeld, a prominent designer, defamed me, my stylist, and the illustrious designer whose dress I chose to wear, in an important industry publication.

"That publication printed this defamation, unchecked. Subsequently, the story was picked up globally, and continues, globally, to overwhelm my appearance at the Oscars, on the occasion of my record breaking 20th nomination, and to eclipse this honor in the eyes of the media, my colleagues and the audience," Streep said.

She added, "I do not take this lightly, and Mr Lagerfeld's generic 'statement' of regret for this 'controversy' was not an apology. He lied, they printed the lie, and I am still waiting." 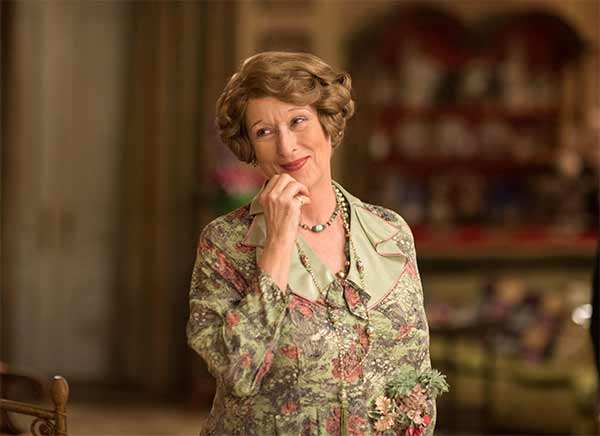 Streep in a scene from her film 'Florence Foster Jenkins', for which she has been nominated in the best actress category. (Image: AP)
Read more on
Meryl Streep
Karl Lagerfeld
Academy Awards
chanel
oscars
Oscars 2017
fashion