Big Change:
The end of Five-Year Plans: All you need to know
LONDON: A pet parrot managed to place an online shopping order by mimicking its owner on a voice- controlled smart speaker, a British newspaper reported today.

The mystery order triggered an inquest in Corienne Pretorius's house in southeast London, but after ruling out her husband and son, she figured out Buddy was to blame after hearing him interact with the speaker.

"I couldn't believe it when I realised that Buddy had made an Amazon order," the South African said. 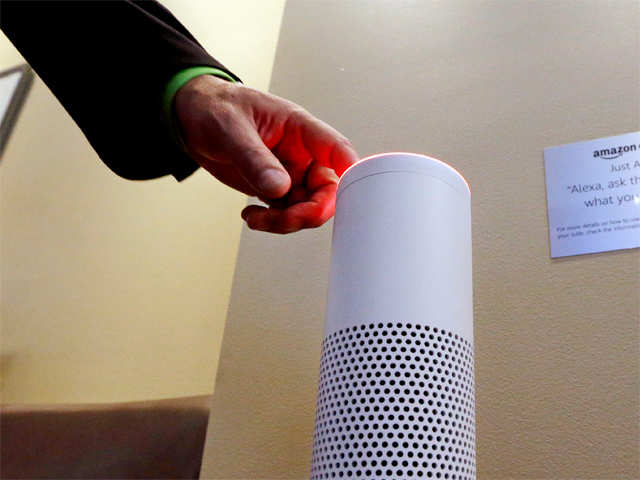 Users can shout commands to the Amazon Echo speaker to access a host of services. It responds to the name Alexa.

Footage on the Sun's website shows the parrot squawking "Alexa!" and the device next to his cage lighting up blue, indicating that it is listening for commands.

"Buddy said 'Alexa' and some gibberish, and the machine replied, 'What is it you want to order?" Pretorius said.

She thought nothing more of it until she got a notification that an order had been placed for some golden gift boxes.

"I laughed out loud because I knew then that it was Buddy."

Amazon said customers were asked to confirm a purchase by saying "yes", and the settings can be adjusted to turn off voice purchasing.

"Buddy is hilarious. We have a cat and he mimics that, too. He is such an attention-seeker. He also swears in Afrikaans. When we go to bed, he says, 'goodnight'," his owner said.
Stay on top of business news with The Economic Times App. Download it Now!