Shares of JPA, Federal Bank and Idea emerged as the most active stocks in terms of volume.

On similar lines, the 30-share Sensex pack of BSE hit a fresh closing peak of 32,633, up 201 points, with Bharti Airtel (up 5 per cent) being the top gainer and Axis Bank the biggest loser.

Airtel smashes record
The dream run of the Gopal Vittal-led telecom major continued as the stock hit a nine-year high after the company agreed to merge the consumer mobile business (Tata CMB) of Tata Teleservices (TTSL) and Tata Teleservices Maharashtra (TTML) with itself. The scrip ended as the top performer on BSE -- up 5 per cent at Rs 453 apiece. 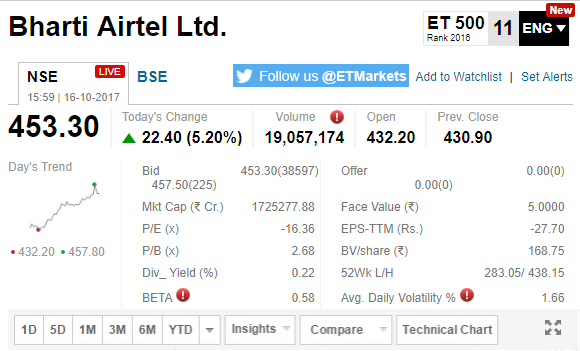 Godrej Agrovet debuts with a bang
Shares of diversified agri-business company Godrej Agrovet (GAVL) made a strong debut on BSE, as the scrip got listed at Rs 621, a 35 per cent premium to its issue price of Rs 460. However, the scrip slipped later in the day, and ended 4 per cent down at Rs 595 apiece. The company’s recently-concluded IPO received an overwhelming response from investors as the issue was oversubscribed 95.41 times. 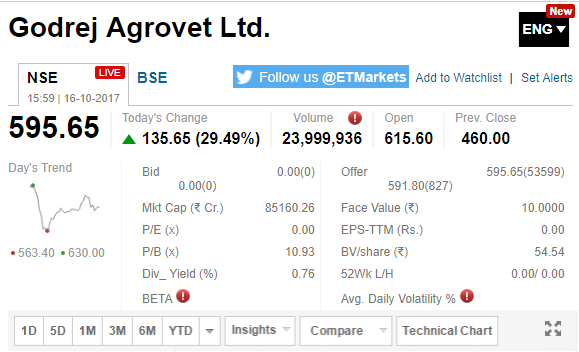 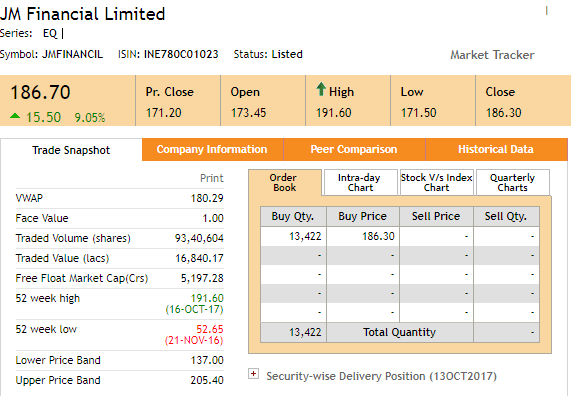 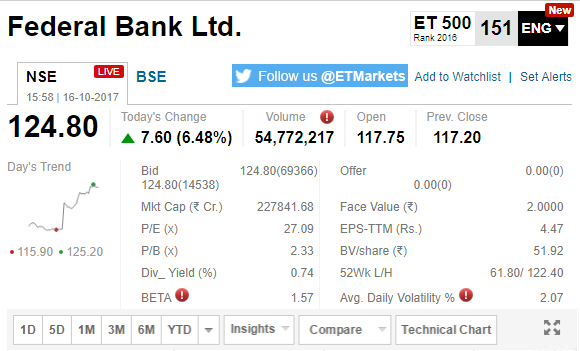 Nifty Bank erases morning gains
Banking stocks slipped in the trade after making sharp advances in the morning deals. The Nifty Bank index, which crossed the 24,800 level in early trade, settled on a flat note at 24,703, just 14 points higher, with four out of 12 constituents ending in the green. 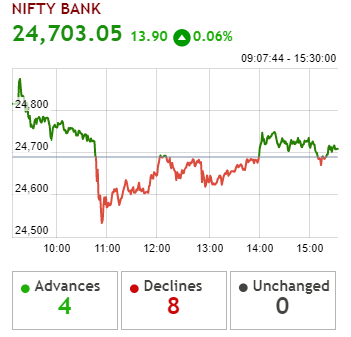 Spurt in open interest
Shares of DCB Bank witnessed the biggest spike in open interest contracts at 54.97 per cent, followed by NHPC (36.32 per cent) and Colgate-Palmolive (30.33 per cent). 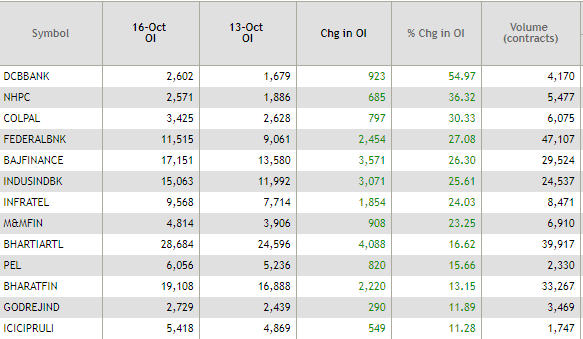