After Hours: Bulls back in driver's seat; Gujarat Borosil up 30% in 2 days

reliance industriesbata indiamahindra & mahindratata steelkotak mahindra bankbharti airtel
EXPAND TO VIEW ALL
NEW DELHI: What an eventful day to end the week and what timing! Jubilance rushed back to Dalal Street on Friday, as the benchmark indices scaled record highs, thus taking festive fervour to multiple-notches up.

Positive global cues and encouraging macroeconomic numbers back home lifted benchmark indices to the level investors were craving for long. The broader Nifty50 index scripted history, as the index hit record peak during the day, surpassing its previous high of 10,179 and settled at all-time closing high of 10,167, up 71.05 points, with 32 out of 50 constituents ending in the green. 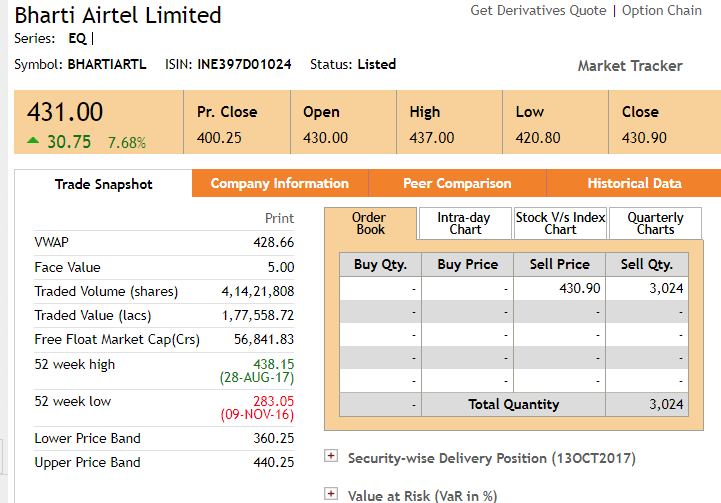 Cyient surges post block deal: Shares of IT company climbed over 3 per cent in Friday's trade after 24.3 lakh shares or 2.2% of equity change hands at Rs 525 each in single block deal on the BSE. The scrip closed at Rs 539 apiece. 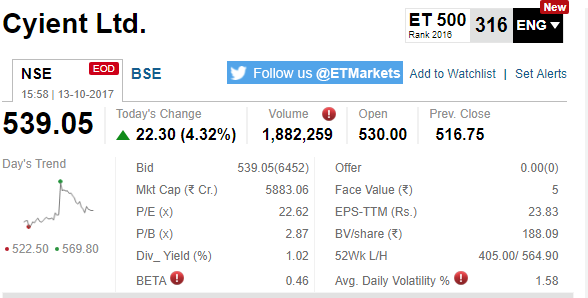 RIL hits fresh record high: Shares of oil-to-telecom behemoth Reliance Industries hit fresh record high of Rs 891 in early trade on Friday ahead of financial results for the quarter ended September 2017, due later in the day. The Mukesh Ambani-led company is likely to post a 12 per cent growth in standalone net profit. The stock closed at Rs 877 apiece, up 0.48 per cent on BSE.

Spurt in open interest: Shares of Bharti Airtel witnesed the biggest spike in open interest contracts at 35.46 per cent, followed by Kotak Mahindra Bank (33.05 per cent) and Reliance Industries (25.92 per cent). 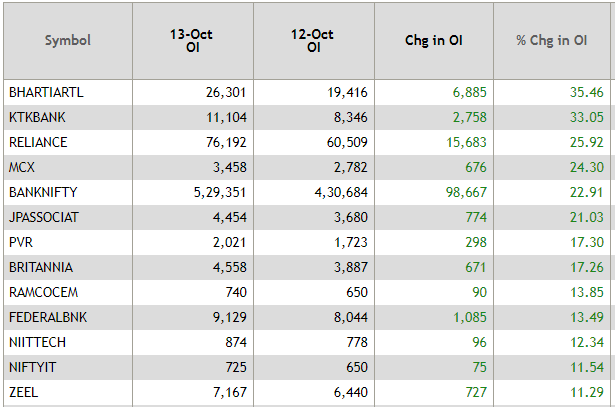 @52-week high: As many as 80 stocks hit fresh 52-week high on NSE. Some of the prominent names include 63 moons technologies (up 2.65 per cent), Adani Transmission (up 2 per cent) and Bata India (up 2.26 per cent). On the contrary, 21 securities took a heavy beating and plunged to fresh 52-week lows. 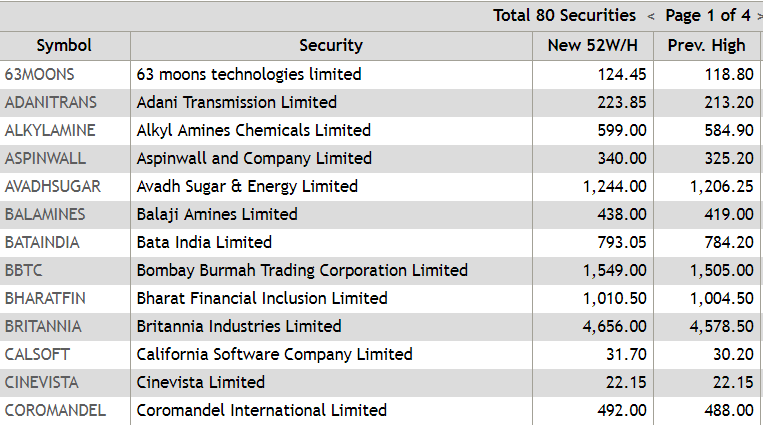 Gujarat Borosil: Shares of the company jumped 14 per cent in today's session after the company opened its new glass melting and production facility for 2mm fully tempered solar glass. The company's stock has surged 30 per cent in last two trading sessions. On Friday, the stock settled at Rs 124.50 apiece, up 9.69 per cent. 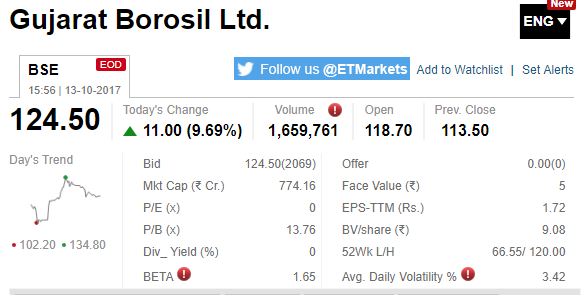 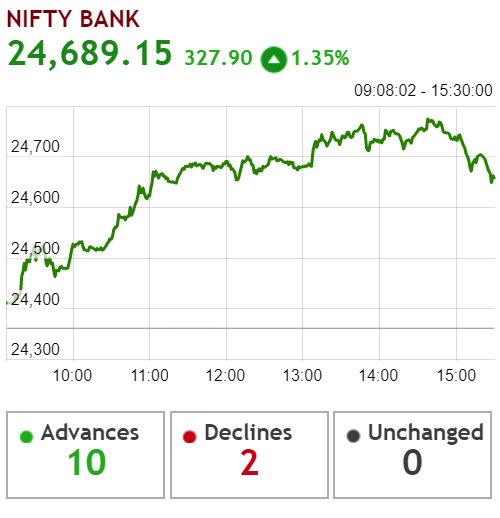