The market looked like a sea of green as almost all the sectoral indices soared in trade.

suzlon energybata indiaongcwockhardtoracle financial services softwaresbibharti airtelpunjab national bankhulicici bank
EXPAND TO VIEW ALL
Starting from where it had left last week, the domestic equity market once again scaled fresh record closing highs on Monday amid renewed optimism among investors on the back of government’s economy boosters.

The market looked like a sea of green as all the sectoral indices barring FMCG, IT and metals soared in trade. The S&P BSE Sensex surged 109 points to settle at a new peak of 33,266 with Lupin (up 2.67 per cent) being the top gainer HUL (down 2 per cent) the worst laggard.

The broader Nifty50 index of the National Stock Exchange (NSE) settled at a new closing peak of 10,363, with 30 out of 50 components ending in the green.

Here’s a quick lowdown on the top stocks and sectors that made headlines throughout the session:

India VIX surges 6%
Contrary to market trend, India VIX surged 6 per cent. India Vix or volatility index is a measure of market’s expectation of volatility in the near term. Volatility is often described as the “rate and magnitude of changes in prices" and in finance often referred to as risk, explains NSE. 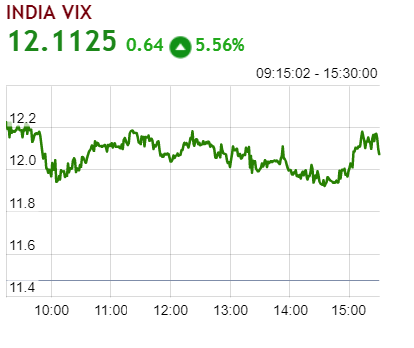 On a fast lane
Shares of Maruti Suzuki (MSIL) climbed over 2 per cent to hit a fresh all-time high after reporting healthy quarterly numbers on Friday. However, the stock shed early gains to end the session only slightly higher. Foreign brokerages such as Macquarie, Goldman Sachs, JP Morgan and Nomura have all raised their targets for the stock following the good Q2 show. The stock ended at Rs 8,194 apiece (up 1 per cent).

PSBs still on a high
Shares of PSBs continued to make merry on the back of jumbo bailout announced by the government last week. The Nifty PSU Bank index gained over 1 per cent to settle at 3,867, with 11 out of 12 constituents ending in the green. 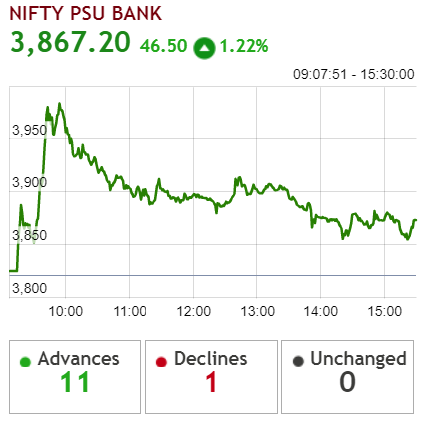 ONGC hits 5-month high
Shares of ONGC hit a five-month high after the energy giant reported better-than-expected 3.13 per cent year-on-year (YoY) growth in its net profit at Rs 5,130.74 crore for the September quarter. As a result, a number of brokerages turned bullish on the stock with Jefferies raising the target price to Rs 206 from Rs 200 earlier. The stock settled at Rs 186.65 apiece, up 1.70 per cent. 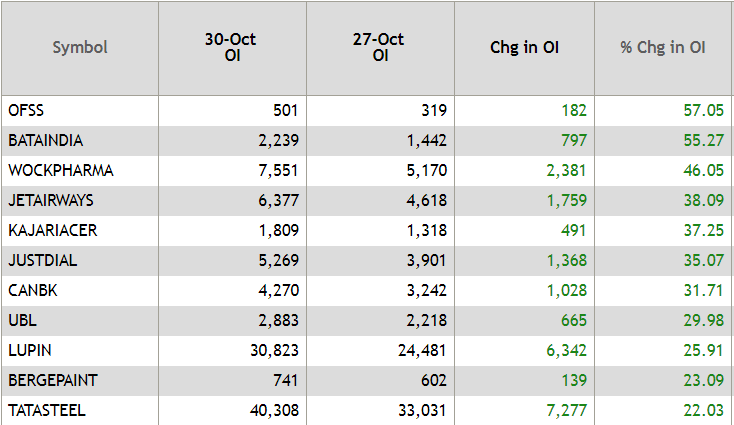 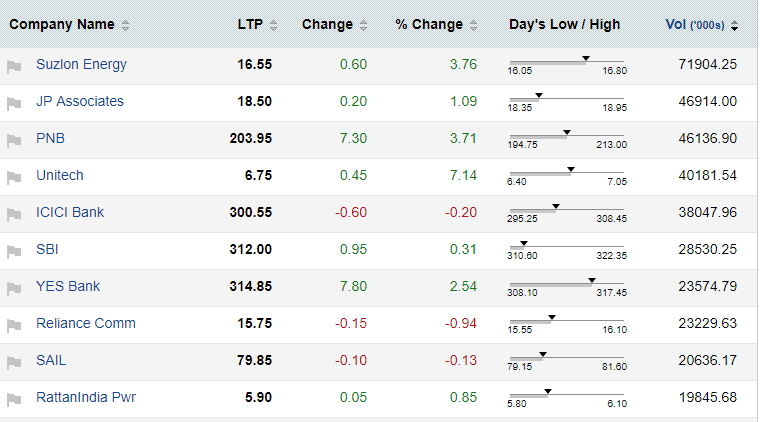 Right strategy for Nifty is to ‘buy on dips’

Breaking 12,000 to trigger unwinding in Nifty