MFN status to India: A small step for Indo-Pak trade

By
Mishita Mehra
, ET Bureau|
Last Updated: Nov 06, 2011, 12.52 PM IST
0Comments
"The relationship between India and Pakistan is of guns and bullets and not of trade," a Lakshar-e-Taiba (LeT) leader said recently at a gathering at Aapbara Chowk, Islamabad. The LeT leader was denouncing the Pakistani cabinet's decision this week to grant most favoured nation (MFN) status to India.

It's still unclear, at the time of going to press, whether the MFN deal will actually go through — after the initial announcement, a spokesperson for the government seemingly backtracked and said that the deal was yet to be approved by the Pakistani government. But what will MFN mean, and will it kick-start trade between the two countries?

Under MFN status, India would enjoy the same trade advantages (lower tariffs for instance) Pakistan grants its other trading partners. Pakistan will permit imports of many more Indian products than it does now, except for a small 'negative' list, thus moving away from the current system where there is only a positive list of 1,934 items. India had already given Pakistan MFN status in 1996.

But what economists call 'non-tariff' barriers remain, and they are substantial. Indeed, it is progress on these kinds of barriers that will be critical if trade is to boom. 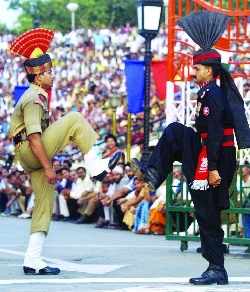 Despite the fact that India allows imports of more products from Pakistan than the latter does from India, the trade surplus is in India's favour and it has in fact increased by 95% since 2006. This is probably another reason why Pakistan has dithered on giving MFN status to India.

A State Bank of Pakistan study showed that if Pakistan opened up, bilateral trade between the two countries would increase by 10 times very quickly; only 2% of the trade potential has been achieved. Sectors most likely to gain are agricultural products, tyres, auto parts, chemicals, pharmaceutical, engineering goods, textiles and electricity.

The Engineering Export Promotion Council, India for instance, expects a 30% growth in engineering exports to Pakistan in five years. Further, several exporters plan to diversify their trade to Pakistan depending on the revised list. Rajdeep Uppal, director, Narain Exim Corporation says that he would look at expanding into processed food exports to Pakistan if the MFN deal goes through — such goods are currently not allowed into the country from India.

But there is a substantial informal trade — estimated to be $534 million in 2005 — that goes on between the two countries, partly driven by the restrictions that Pakistan places on what can be imported from India. These banned items are brought into Pakistan through a third country with which Pakistan has an MFN status.

"For example 75% of India's pharma exports to Pakistan go via Germany, Bahrain and Dubai. Legal trade will benefit Pakistan more as the third-country margin will go and Indian goods will become cheaper," says Ramu S Deora, president, Federation of Indian Export Organisation and a pharma exporter to Pakistan. According to ICRIER, 60% of items traded informally are banned items.

There are three routes for informal trade, according to Nisha Taneja, professor at ICRIER. Goods can be routed through Afghanistan, through a third country such as Dubai, Singapore or Hong Kong, or smuggled directly across the border through Sind or Amritsar.

Almost half of India's exports to Pakistan are accounted for by trade from Mumbai via Dubai through the Iran pakistan border. Imports from Pakistan to India is mostly through the Mumbai-Dubai-Karachi sea route. An Assocham study shows that the smuggled exports to Pakistan from India mainly include industrial machinery, tyres, chemicals and tea.

This roundabout method of trade has certainly affected the level of business the two countries do. "As a north India-based company, even if I want to export through Dubai, the detour is 5,000 km and the loading and unloading in sea ports is an extra waste," says Pradeep Sehgal, partner, Sinochem Impacts, an exporter-importer.

Not Just About MFN

But informal trade exists not just because of banned items, but also because of a creaky support system. Banking facilities are inadequate. Says Vinod Ahuja, a cotton and yarn exporter, "In the existing system, there are delays in payments and loss on the interest front. And it takes up to two months for Pakistani trade quality controllers to get Indian visas."

Other hurdles exist as well. There is only one major rail and road route through the border between Amritsar and Lahore. Traders face huge bottlenecks in the major direct road route at the Wagah border. "Facilities in Wagah border for exporters are still under development," says Sehgal.

"They don't clear trucks till all perishable items have been moved and this adds to our delay and costs. Even if there is a buyer in Pakistan, even if there is a list, even if there is a seller in india, the Wagah border would not be able to handle the trade as there is sometimes a 30-day delay due to inefficiencies on both sides. Even in the ports, there are no scanners and the loading, unloading is still not mechanised," he says.

Traders say that trade in the Wagah border stops when there is a VIP movement or other political conflicts between the two countries. To address these issues an integrated check post is likely to be opened in Wagah in December. It's a `150-200 crore infrastructure project that will allow a separate passage system for exports. But, the consensus amongst exporters is that more borders should be opened up for trade.

No plans to grant MFN status to India: Pakistan

Pakistan yet to transition fully to MFN status for India: Government

No decision to review MFN status to Pakistan: Government