Swaraj has quickly responded to requests so many times that Pak families needing medical help In India know through word-of-mouth that she is the person to reach out to.

By
Aman Sharma
, ET Bureau|
Last Updated: Dec 01, 2017, 12.31 AM IST
0Comments
NEW DELHI: A 15-month-old Pakistani girl recuperating in a Noida hospital may well be the most eloquent testimony to India’s open-heartedness in the face of the chill that has set in ties between the neighbouring countries.

Eight months ago, when Shireen Shiraz’s parents, Karachi’s Shiraz Ahmed and his wife Hira, brought her to India for a heart operation, getting visas was not much of a problem. But last month, when they had to come again for a more complex heart surgery, visas were hard to come by. And time was running out.

That was when Ahmed decided to open a Twitter account and appeal directly to external affairs minister Sushma Swaraj. “I put out the appeal on the morning of October 18. Within a few hours, the minister responded and I got a call from the Indian High Commission saying the visas were being dispatched to me in Karachi,” Ahmed told ET. 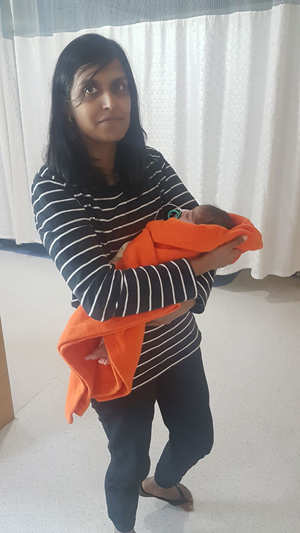 “When we arrived at the Delhi airport, customs officials received us and got us a queue-less immigration so as not to waste any time,” he said. They were just in time for a second heart surgery at Noida’s Jaypee Hospital.

“The doctors say she will need a third heart surgery when she is 10 years old. I hope when we come then, India-Pakistan relations would have improved and visas would be easier to get,” said Shiraz’s mother, Hira. “People speak of India-Pakistan rivalry, but I only know that India gave life to my child,” she said.

ET spoke to a number of other Pakistani families who expressed similar sentiments after having received similar help from Swaraj.

The problem, they said, had arisen from a rule introduced by India earlier this year, as per which Pakistanis applying for a medical visa to visit India would need a recommendation from Pakistan’s national security adviser (NSA).

“How does an average Pakistani reach the NSA who sits in Islamabad? It was far easier to reach Mrs Swaraj on Twitter. She has been like an angel for my child,” said Lahore’s Mehwish Mukhtar, a lecturer at the University of the Punjab in Lahore, who discovered that her son, Mohd Rohan, had been born with a life-threatening heart ailment.

Mukhtar and her husband, Mohd Faisal Javed, an IT engineer, have been in India for the past three months as four-month-old Rohan has undergone a surgery at Jaypee Hospital. “Cardiac surgery facilities are limited in Pakistan. I ran a small campaign on Twitter and overnight Swaraj approved our visas. We can’t thank her enough,” Mukhtar said.

In the adjoining ward at the same hospital, Shazia Munir from Sheikhupura near Lahore, said the Indian government had been more responsive to her visa plea than the Pakistani government. “I came with my four-year-old son, Abdul Sboor, on November 15 to India. We applied for permission to the Pakistani authorities for the visas but nothing came by. But the Indian government reacted quickly and issued us visas to come here,” she said.

Sboor is out of danger now after his heart surgery. “It was a close call. We had to get him here quickly. He had undergone a surgery in Lahore too, but it was not entirely successful,” his mother said.

Swaraj has been quick to respond to such requests on so many occasions that the Pakistani families needing medical help In India know through word-of-mouth that she is the person to reach out to. Many such people opened their social media accounts for this purpose.

On Tuesday, another Pakistani family appealed to Swaraj on Twitter to grant visas for the heart surgery of five-year-old Nabeela Rashid. Much to the family’s relief the minister responded with a nod saying, “I am sorry the child is suffering so much. We will issue the visa immediately.”

The Indian High Commission in Islamabad on Tuesday night tweeted back to the family saying the visas were being immediately dispatched to the family. Dr Rajesh Sharma, director of Paediatric Cardiac Surgery at Noida’s Jaypee Hospital, said that Pakistani patients have been coming to India for long, but visa conditions in the past six months have posed some problems. 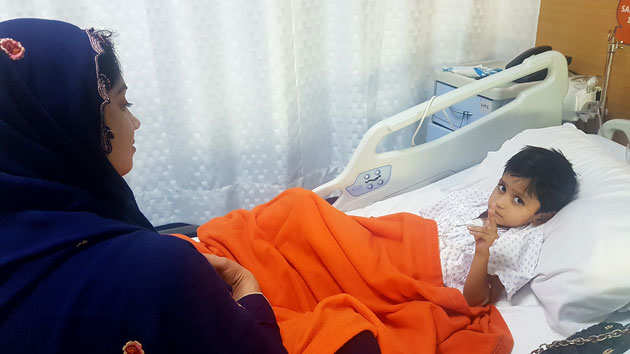 It was on Sharma’s recommendation that visas were issued to Rashid’s family as the child urgently requires surgery. “It is commendable on the part of our minister to intervene in such cases where children are critical and time is short,” he said.

According to Sharma, there is a lack of cardiac healthcare facilities in Pakistan and usually there is a long waiting list there. “Many children are at times critical and hence their families prefer to rush here. They send us emails with medical reports and we study the case to issue recommendation letters, which these families put on Twitter to reach out to our foreign minister. Sometimes we also wrote to the Indian Embassy to expedite the visas if the child is critical,” he said. 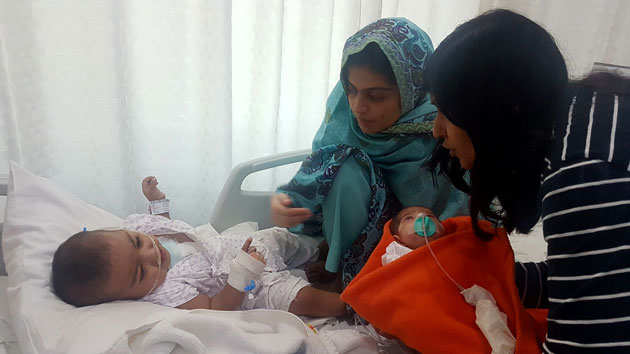